Pot Banks in The Potteries 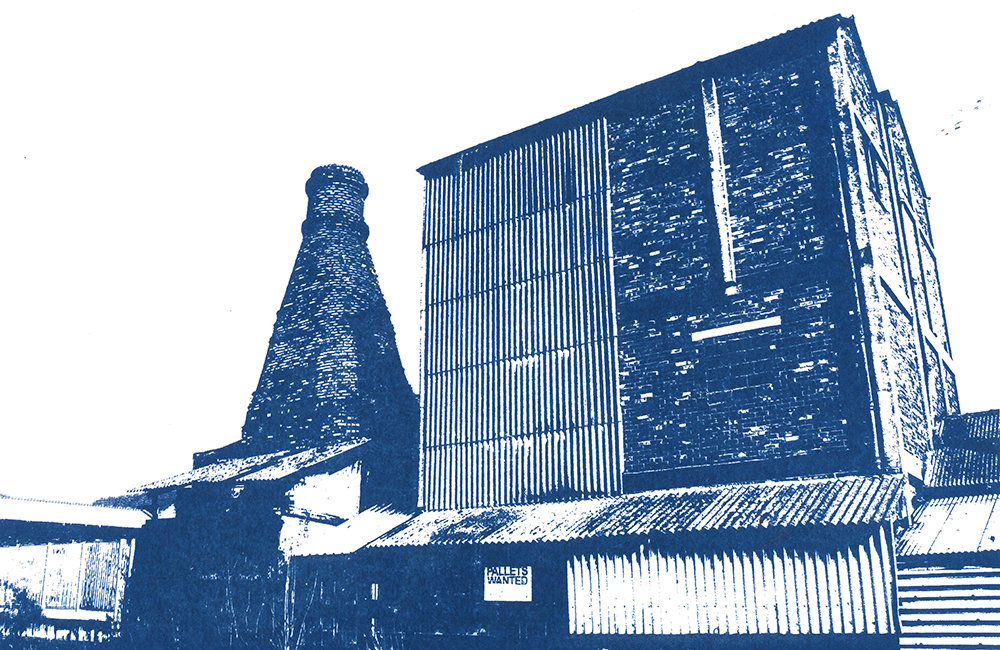 Pot bank besides the Trent and Mersey Canal

As part of my frequent trips to Stoke on Trent, working on the Hanley Park regeneration, I have also made the opportunity of travelling around the city exploring its Industrial heritage. This normally it seems also to involve rain, but I have also met some fascinating people who have guided me on these travels including Tom Pine and Carole Ware as well as the Friends of Chatterley Whitfield Colliery, notably Nigel Bowers

The city still retains a pottery industry, and although it is a shadow of its former self, it is still possibly larger than most people outside of the area think. Across the sky line, the pot banks used to number in their thousands belching smoke and fumes but now only a small selection remain dotted around the city, more landmarks than functioning buildings. I am in the process of screen printing 11 sets of pot banks, and I have included a selection so far produced in the Industry and the City section. More will follow.